“Noée Abita and Theodore Pellerin play half-siblings wrestling with their first loves in this accomplished feature from French-Canadian director Philippe Lesage (The Demons). When you first fall in love, everything else around you seems to melt away and pretty much nothing or no one else seems to exist. In the French-Canadian film Genesis, about adolescent love, director Philippe Lesage weaves this idea of full-on immediacy and a very blinkered view into the fabric of his storytelling, delivering a film that feels intensely alive and in the moment.” (Boyd van Hoeij, Hollywood Reporter)

Around The World in 14 Films 2018, presented by RP Kahl – in the presence of the director Philippe Lesage

With the support of the Embassy of Canada 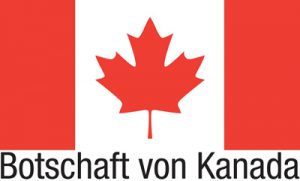