“Words fly in Xavier Dolan’s sixth film. They rain down from the sky, landing in flurries, allowing only occasional moments to catch one’s breath before beginning anew. It’s overwhelming, and that’s the point. Based on the play of the same name by late French playwright Jean-Luc Lagarce, who died in 1995 from AIDS-related illness, “Juste la fin du monde“ caused a frenzy at Cannes, drawing the ire of American critics before going on to claim the runner-up Grand Prix. It is the highest award Dolan has won at the festival that made him a star, and rightfully so. While imbued with his trademark flamboyance, this is the Quebec director’s most disciplined work, in which narrative and film craft function in dazzling tandem. (…) Louis (Gaspard Ulliel) is a successful playwright returning home to visit his estranged family, which he has not seen in 12 years. He comes bearing bad news: He is terminally ill. But sharing that information is easier said than done, for his family being family, well, they kind of take over (…) By framing everything in relentlessly tight closeup, Dolan creates a kind of meta-narrative that encourages us not just to listen to, but to look more attentively at these overwrought characters in crisis. (…)” (T’Cha Dunlevy, Montreal Gazette)

Around The World in 14 Films 2016, presented by Hans Werner Meyer

In co-operation with Institut français and with UniFrance 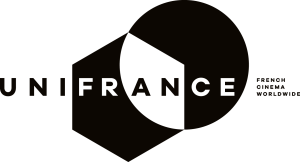